25 SepTime to share the benefits of rail: The Next Generation Conference Scholarships

Those in rail love rail and understand what an exciting time it is to be in rail. Over 90% of the audience polled at AusRAIL 2018 would recommend a job in rail to family and friends.

Those in rail also realise that rail has an image problem and who better to have address this than our next generation of leaders.

Launched in 2017, the AusRAIL Next Generation Conference Scholarships provides a great platform to have young professionals share their innovative ideas on how to market and promote the rail industry in a positive and impactful way, as well as educating the broader community’s perception of the benefits of rail.

We recently caught up with two members of the 2018 AusRAIL scholarship class to track their journeys and continued love of rail. 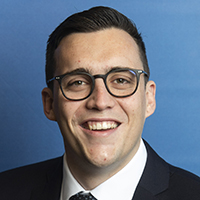 Robert Hoffmann, Consultant at KPMG, who is currently sharing and developing his skills within several civil infrastructure projects, submitted the winning idea of the “Humans of Rail” to promote the benefits of rail and to counter the ‘bad press’ rail can get from the general media.

“As a consumer, I’ve quickly learnt the impact of “humanising” your brand. Think about Apple, their stores and advertising campaigns – it always involves the lives of real people.”

Inspired by the successful Humans of New York (HONY) concept, Robert’s “Humans of Rail” idea included some simple steps to encourage and promote a positive culture for transport users and to engage and influence leaders.

One of the outcomes of Robert’s idea was to encourage quality people to work in rail and promoting the benefits of a career in rail was a theme of Elodie O’Sullivan’s idea of a smartphone application targeted at schools.

“By promoting rail careers in schools, more people will be knowledgeable about what potential careers [and], allowing the rail industry to retain the brightest and most diverse talent, and thus allowing for rail systems to be built and upgraded to really meet the needs of the communities to which it serves”.

Inspired by the belief that there is an opportunity to positively influence young people when they are making decisions on their career paths, the app would include information on related subjects at school and the various roles, qualifications and training in the rail industry to match students’ interests. It would also provide a forum to connect with career mentors. 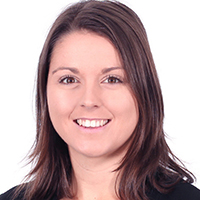 Elodie, Rail Engineer, WSP, is currently working on the Sydney Metro Line Wide project as part of the design joint venture, in the Permanent Way design team believes that

“There is a career in the rail industry for everyone, whether that be an engineer, a customer service orientated role, or an artistic role, as examples. Everyone has a unique skillset and talents that can be applied to a role in the rail industry and the idea of this application is to showcase this.”

Working with the construction team to ensure the best fit out for the trackform within the tunnel that is currently being bored under the city of Sydney, Elodie’s gaining exposure to new software and 3D modelling tools. She is also currently participating in the inaugural ARA’s Women in Rail Mentoring Program.

“I strongly believe in the benefits of good public transport in cities. I think it is important to promote the benefits of rail, in particular the non-direct benefits. Cities with good public transport thrive. It allows various other industries, such as tourism and hospitality, to expand. It also provides greater access to quality jobs and education. When cities and communities are better connected, the potential for greater diversity is created. It gives employers the opportunity to expand their talent/diversity pool and provides employees with greater opportunities for gainful employment, thus benefitting a magnitude of people and industries”.

Winners of the AusRAIL Next Generation Conference Scholarships receive attendance at the event, including a special networking breakfast function with the Pitching Competition Finalists and senior industry leaders. The ‘winning’ scholarship ideas will also be displayed on posters at AusRAIL PLUS 2019.

Elodie’s experience of AusRAIL “was very memorable. It was inspiring to be around a number of passionate professionals who know so much about the industry. I engaged in many insightful conversations, in addition to learning about disciplines within the rail industry that I am not experienced in.

I enjoy listening to the papers that are presented, keeping up to date with various projects around Australia and listening to people discuss their roles within their companies and on their projects. A highlight was the gala dinner at the end of the conference. This was a great celebration of the rail industry today and how the industry is looking to progress and move forward.”

As Robert highlights, “there’s no other opportunity like this for young professionals. It is a chance to be different, be creative and attend an event where you’ll meet many like-minded individuals, but also others you never would have had exposure to.”

The competition also provides winners with the opportunity to “become more well-rounded as it is a great learning experience”. As Elodie remarks,

We’re looking forward to the ideas that will be submitted for the 2019 Scholarship Competition and finding out what exciting direction Elodie and Robert’s passion for rail will next lead them!